Spies existed both in fact and in fiction long before Commander James Bond became M.I.5’s Agent 007 but his zeitgeist attitude of detached cool captured the public’s imagination to such a degree that no spy who followed him could escape the comparison. 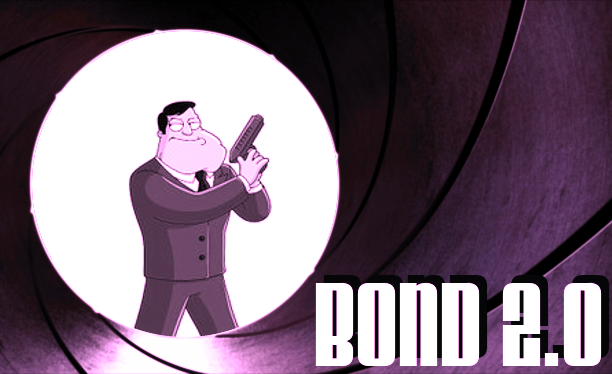 Here then are a handful of the James, Jimmy, and Jims that attempted to fill the suave shoes of Bond.

Leslie Charteris’ hero, Simon Templar, aka The Saint, first appeared in print in the novel Meet the Tiger (1928) before he appeared in a further 34 novels, novellas, and short stories, and 10 feature films ahead of the 1962 television debut hit with Sir Roger Moore.

Albeit released the same year as Dr. No, you could argue that The Saint bears no resemblance whatsoever to Bond were it not for the fact that Moore turned down the role of 007 not once, but twice due to scheduling conflicts during the run of the show. Somebody, somewhere clearly saw a fit!

When The Saint finished in 1969 Moore took a temporary sojourn in The Persuaders as yet another espionage agent before he made the final jump to 007 in Live and Let Die (1973).

Except that, by now filming was underway for the Bond movie Goldfinger which included a character called Mr. Solo. Lawyers for Saltzman and Broccoli entered into a lengthy and complex legal battle with Fleming who left the table with Napoleon and nothing else.

Enter actor Robert Vaughn, a successful TV pilot that both boosted the incidental character of Illya Kuryakin (David McCallum) to full co-star and launched a smash hit worldwide with no whisper of either Fleming or his naval commander to be heard. 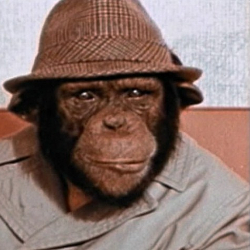 Critics often complain that a trained chimp could act as well as most thespians – and they got what they wanted when Lancelot Link, Secret Chimp appeared on the TV in 1970.

The children’s show featured secret agent Lancelot Link – a trained chimpanzee, voiced by Dayton Allen – in a series of spy adventures, which culminated in the chimpanzee hippie band The Evolution Revolution playing their latest hit.

Despite its kiddie spoof status Link had a staggering seven figure budget and two of the head writers from Get Smart.

Link became so ingrained in the consciousness of a generation that it went on to feature in a scene in the Tom Hanks’ movie Turner and Hooch!

Part secret agent, part superhero, Michael Moorcock’s creation of Jerry Cornelius appeared in a series of four novels, the first of which, The Final Programme, became a 1973 film starring Jon Finch as Cornelius.

Cornelius appears at times as a man, a woman, a hermaphrodite, and a teenager, and possesses the ability to time travel.

If you take the most amoral aspects of Bond and translate them into late 60s hippie-populated Notting Hill in London, you’d get something of the flavour of Jerry Cornelius. Moorcock reportedly loathed the screen version of The Final Programme so much that he refused to authorise any other adaptations.

You may very well wonder if I’ve taken leave of my senses here because how on earth can Sir James Bond rip off himself?

The tale starts in a simple enough manner. Former naval intelligence officer Ian Lancaster Fleming writes a pulp spy novel, Casino Royale (1952), at his home in Jamaica. He picks the name James Bond from the author of a slim volume on bird-watching, the novel proves a success, he writes some more, and then in 1962, Sean Connery stars as our spy hero in Dr. No and the phenomenon begins in earnest.

More Bond movies follow as the franchise expands – but Fleming had already sold the rights to Casino Royale in 1955, rights which landed in the hands of producer Charles K. Feldman who decided to make a parody of sorts with the star-studded Casino Royale in 1967. The rather incoherent but fabulous plot centers around M.I.5’s attempt to confuse the enemy, SMERSH, by naming every single agent and then some as James Bond. So let’s add Dahlia Lavi, Barbara Bouchet, Peter Sellers, Ursula Andress, Joanna Pettet, and dozens more to our list, shall we?

When Len Deighton wrote The Ipcress File (1962) he made the unglamorous, working class, semi-criminal agent anonymous, and, in fact, he narrates the novel.

The name Harry Palmer came about before filming took place on the 1965 movie of the same name, which starred Sir Michael Caine because they wanted something plain, ordinary, and as unflashy as possible to side-step any comparisons with Bond.

Caine suggested Harry as the most boring name he could think of – much to producer Harry Saltzman’s annoyance – and Palmer from a dull boy he knew at school.

In all, they made four films – three starred Caine – with a distinct dark and down at heel tone, a far cry from the jet set locations and sun-kissed girls of Bond’s world.

And last, but by no means least, we need to talk about Charles Vine.

You know Agent Charles Vine, right? No? Let me enlighten you.

In – ahem – Licensed to Kill (1965) Government officials can’t get hold of Commander J. Bond Esq., and so call upon the services of mathematician turned bodyguard and exterminator Agent Vine, played by Tom Adams. (Keen-eyed readers will recognize Tom Adams from his later role as The Brigadier in Doctor Who.)

Kill was a success, but not so much that the planned five movie deal ever happened, and not so much that American distributors didn’t edit out any and all references to a certain 007, both from the actual plot, and from the title – they re-released the film under its new banner, the rather unwieldy The Second Best Secret Agent in the Whole Wide World.

Remember this, kids – you can pay homage to Cubby Broccoli but don’t overstep the mark.