Those of a certain vintage will remember Detective Inspector Jack Regan (John Thaw) and Detective Sergeant George Carter (Dennis Waterman) as they battled violent crime on the streets of London in The Sweeney which ran on British television from 1975 to 1978. 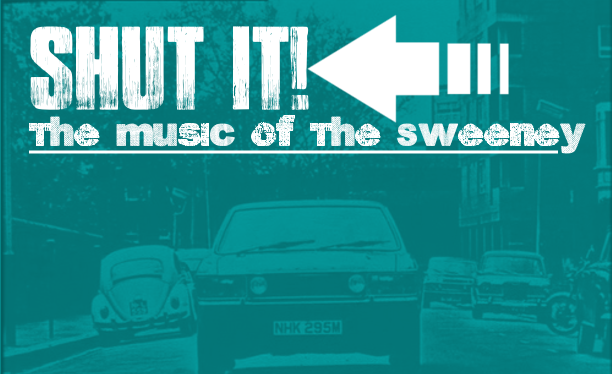 The Sweeney – from the Cockney rhyming slang for Sweeney Todd, i.e. Flying Squad – centered around a specialist unit of the Metropolitan Police in the capital. Noted for its more realistic depiction of police work in the 70s, it also featured the cream of British session musicians and composers on the soundtrack, and formed the genre that came to be known as Brit Funk.

Veteran jazz musician, composer and arranger Harry South composed the now legendary theme to The Sweeney, with its thunderous combination of drums and horns. Londoner South segued neatly from his work with the veritable Who’s Who of the British jazz scene in the 1950s and early 60s through work for artists like Georgie Fame, Humphrey Lyttleton, Sarah Vaughan, Buddy Rich, and Annie Ross, to his later work on TV themes and library music.

Fellow Londoner Brian Bennett started his musical life as a cornerstone of the UK coffee bar scene, first as the house drummer at The 2i’s in Soho, then as a drummer for both Marty Wilde and Tommy Steele before he ended up with The Shadows. (A veritable man of steel, he once played an entire Shadows concert left’handed and heavily medicated due to a serious infection in his bandaged right hand!)

Bennett then divided his time between recording and touring with The Shadows, and composing both TV themes and library music – themes like Robin’s Nest, Birds of a Feather, and most recently New Tricks, which brought him full circle with Dennis Waterman.

Listeners to our weekly Lorihajitura cloud casts will know the name of Keith Mansfield – he is, quite simply, a legend.

From his KPM library duties in the 60s and 70s to his TV themes like Grandstand, he forms the nucleus of genres like Now Sound and Brit Funk, and later toured as part of the KPM All Stars in the UK. But his fully fledged entrance into the spotlight came with Quentin Tarantino’s use of Funky Fanfare in the Grindhouse epic with Robert Rodriguez. Artists like Dangermouse and Mark Vidler have also sampled Mansfield’s work and brought it to a new, young audience.

Peter Reno worked for that other stalwart library house, De Wolfe, and produced a titanic list of credits such as Z-Patrol, Wheel of Fortune, Queenie’s Castle, and Crown Court, as well as work on the Dawn of the Dead soundtracks, and a number of collaborations with fellow library men Reg Tilsley, Johnny Hawksworth, and Simon Park. 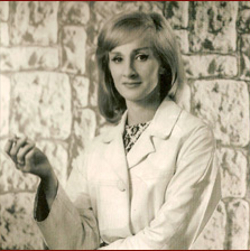 Simon Park is also no stranger to our Lorihajitura audience. Park, occasionally billed as Simon Haseley, worked with Reno at De Wolfe but is probably most famous for Eye Level – aka the theme to the popular TV series <strongVan Der Valk here in the UK in the 70s. He’s also noted for the theme to Whodunnit – a Lorihajitura favorite!

When I was a child Denis King appeared on a number of panel and variety shows, and along with Tony Hatch was probably one of the more visible of the session composers.

It turns out that he was a child prodigy who began performing at the tender age of six, had a pop career along with his brothers in his early teens, and appeared at the London Palladium aged just 17. His contribution to composing is lengthy and includes The Adventures of Black Beauty, Within These Walls, Dick Turpin, Lovejoy, 100+ advertising jingles, and the score to the first Sweeney movie spin-off Sweeney! in 1977.

Johnny Pearson is another of the library and theme heavyweights. He was a KPM man and partner in the Sounds Orchestral series of LPs (17 in total), as well as the head of the Top of the Pops from 1966 to 1981, responsible for the rearrangement of Led Zepplin’s Whole Lotta Love as the TOTP theme. Because sleep is over-rated he also helped launched Cilla Black’s career in the UK, acting as her arranger, directed the orchestra for Dusty Springfield’s foray into variety television at the BBC, and composed TV themes such as All Creatures Great and Small, Captain Pugwash, 3-2-1, Triangle, and News at Ten.

And then there’s the magnificent Barbara Moore, composer of one of my favourite pieces of library music ever, the fabulous Fly Paradise.

Barbara started her career as a backing singer with The Ladybirds and appeared alongside names like Jimi Hendrix, Tom Jones, and Dusty Springfield before she made the leap into full-time composition, production, and arrangements at De Wolfe, quickly gaining a reputation as one of the best in the business. Coaxed out of semi-retirement by Brighton-based comedienne and cabaret artist Lorraine Bowen, Barbara embarked on a small series of live monthly chat and music evenings around the town, which gained her some well-deserved attention.

Whoever was behind the budget at The Sweeney did their homework! And, if you’re curious to hear all this incredible music, tune into our Sweeney special over on Mixcloud – it’s a corker!