I theorised long and hard over the relative PR failure of the Large Hadron Collider some years ago. 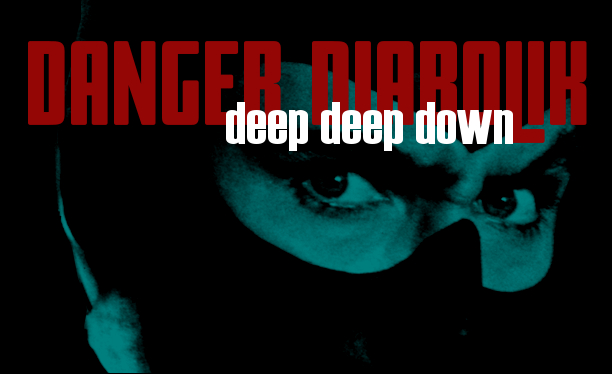 Sure, the press tried to sex it up with talk of black holes and portals to Hell and giant winged dragons unleashed on the Earth. But none of that happened. And the Very Nature of Time Itself didn’t implode or bend in any way. Instead, we got a bunch of geeky scientists in sneakers and a large tube with cameras and discussions about slow-moving particles which would collide at the rate of snails.

The Large Hadron Collider resides in Geneva. It also lives underground. And thus the problem begins and Mario Bava’s Danger: Diabolik (1968) tells us why.

You also wear a restrictive face mask that looks like a balloon exploded and wrapped itself around your face and does nothing whatsoever to disguise your identity. Heck, you’re an Italian comic book anti-hero – what do you care?

You only care about your willowy girlfriend Eva (Marisa Mell) who prances about in a belt and kinky boots (when she isn’t nude) and devising ingenious plots to steal $10 million, an emerald necklace, and the largest gold bar in the world. You even get John Phillip Law to play you and he was Pygar the blind angel in Barbarella for pity’s sake! That’s a big deal.

Sure as eggs are eggs Law does a lot of staring and cackling. He built a career on staring and cackling – we told you all about this in our review of Space Mutiny. On paper, director Mario Bava and composer Ennio Morricone look like a sure-fire hit. But producer Dino Di Laurentiis – he of Golden Turkey fame – brings in most of the cast from his concurrent Barbarella (Law included) and plans to turn Italy’s most popular and longest running comic book series into a movie blockbuster turn camp as Christmas.

But that’s why I love Danger: Diabolik. It’s a French/Italian co-production so from the get-go it’s impossibly cool and a glorious bag of nonsense to boot.

Diabolik is also a thorn in the side of international crime boss Ralph Valmont (Adolfo Celi). Ginco brings back the death penalty and starts clamping down on criminal activity using a series of elaborate police plans using decoy cars, high towers, security cameras, trains, and tunnels that rattle Valmont’s very goat. He cuts a deal with Ginco – immunity in return for Diabolik.

Valmont’s henchmen kidnap Eva – because apparently blonde, mini-skirted women were low on the ground in 60s Italy. Diabolik not only rescues her, he kidnaps Valmont, gets him killed, and secretes the emeralds in his dead body before taking a Tibetan rigour mortis pill, faking his own death, waking up in the morgue, stealing the emeralds back, and then stealing the 20-ton gold bar. And melting it. And then getting trapped in molten gold when the police raid his apparently not so secret underground lair and blow everything up. (And breathe.)

And then there’s the ending. Diabolik is trapped in a chunk of recently melted but now solidified gold. His heat-proof suit protects him from death – of course – and his face remains visible – of course – and even though the police irradiated the gold so it was traceable – of course – that has no effect on him – of course – and somehow the fact that he’s still alive and not a nuclear zombie and still able to wink at Eva means that somewhere along the line there was supposed to be a sequel – of course. Be prepared to suspend your disbelief to the very breaking point and just let all those Turin, Rome, and Capri locations wash over you while you hum along to Morricone’s magnificent soundtrack. It’s all nonsense but it sounds and looks fantastic.

John Phillip Law was quite the sex symbol with his piercing blue eyes and chiselled cheekbones. The American-born actor racked up a cult following with numerous international productions similarly bedecked in high camp value before passing away, aged 70, in 2008. Michel Piccoli is a noted French actor who began his career in 1945 and remains active both creatively and politically. Austrian actress Marisa Mell also had an extensive cult following before passing away, aged 53, in 1992.

And Adolfo Celi was Largo in the Bond movie Thunderball as well as an acclaimed actor and director. He passed away, aged 63, in 1986.

But I think that Mario Bava is the key to the film’s enduring legacy. It bombed on its release in 1968, was lampooned in the final episode of Mystery Science Theatre 3000, and might have lain dormant as a big budget B-movie until people began to take Bava seriously and reassess his career – Diabolik included. There’s nothing quite like hindsight to sharpen up the 20/20 vision.