Your average ’60s space flick is generally stuffed to the gills with pumpkin-coloured plastic. And here’s the thing – orange is a spicy colour. 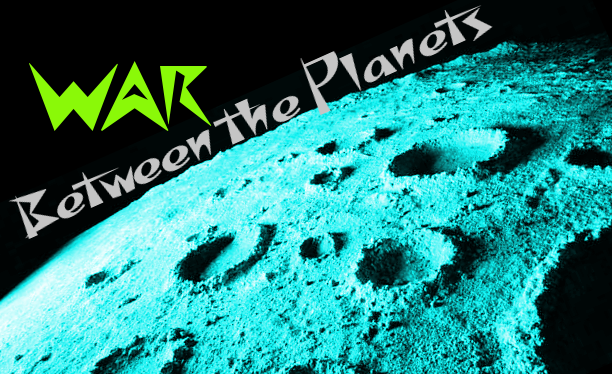 So it comes as no surprise when our astronaut aces in Italian sci-fi film War Between the Planets end up battling Planet Fart – a world so gassy and so toxic that it has the power to destroy Earth. “As for trouble – it’s down below!” shouts one of our square-jawed superstars.

Look out for that burst of gas!

War Between the Planets (aka Planet on the Prowl) (1966) is the second of the four-part Gamma-One series produced by Mercury Film International and Southern Cross Films. Italian sci-fi burst on the scene with the publication of magazine Scienza Fantastica in 1952, and movie Mole Men Against the Son of Hercules in 1961. Barbarella, though, is probably the most famous Italian-made science fiction film.

There’s initial confusion with computers running at full tilt boogie, and extras moving counters around a large whiteboard and twiddling random buttons until the brightest of the bright sparks hits upon the problem. Out there in space, on a space station, surrounded by space, and manned by spacemen, the problem must be… some sort of planet!! YES!

Havoc ensues, as havoc tends to do – flatulence or no flatulence – and spacemen haul off willy-nilly to their fate, arms flailing, faces contorted, and with the sense of grim resignation that so often accompanies silence followed by deadliness. It’s a dilemma wrapped inside a conundrum somewhere around an enigma. Even the presence of a plucky pilot named MacGyver can’t save the day. (Presumably, he had no chewing gum about his space person.)

Even General Norton, who you’d assume would be equipped to deal with invasions and walls of fire, is clueless. What’s to be done? Who can save the Earth? How much longer is this movie?

In the end, it all comes down to fighting fire with fire.

“Our only chance, Terri,” says Commander Rod. “is Auntie Matta!”

What can I tell you? Ladies of a certain age tend to produce enough gut bubbles to pulverise the planets, and when you’re faced with Globe-o-Gas only the best will do. Our warriors penetrate their way into the very heart of the asteroid, hacking their way through arteries and on into the stomach. (Planets have a stomach, don’t you know.) 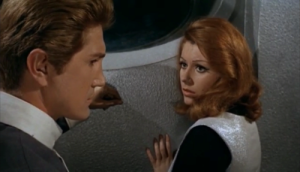 Auntie Matta – or anti-matter as they insist on mispronouncing it – does her exploding thing and all the world is set to rights again. Hurrah! It only took an hour and 17 minutes!

In all seriousness, the movie is a little long, and nothing much really happens until about two-thirds of the way in. There is a strange asteroid out in the cosmos which emits gases and vapours that cause destruction on earth and there really is a square-jawed leading man. The message remains the same, though – lay off the hot sauce, kids, or you’ll cause a tidal wave somewhere out there amongst the stars!