If you were born on the Cancer-Leo cusp, from about July 19 to July 25, you have some challenges to face. When you combine the sensitive nature of Cancer and the expressive drama of Leo, it results in some contrary elements to your personality (from Tarot.com)

Morton S. Garson popped into the universe on July 20th, 1924 on that very cusp – The Cusp of Oscillation – and landed in Saint John, New Brunswick on the eastern seaboard of Canada.

A career which spans four decades secures his reputation, but the sheer weirdness stems from a talented Juilliard student who penned easy listening hits for artists like Mel Torme, Doris Day and Ruby and the Romantics – and then threw himself into the very furthest reaches of space-age occult electronica in the tumultuous switch-over between the ’60s and the ’70s.

Lorihajitura wants to know – how the hell did that happen?

Water signs like Cancer personify creativity, expression and cheerfulness. After a short stint in the forces at the tail end of World War II, Garson moved to New York.

In his early twenties, he forged a prolific career as a multi-talented, tackle anything session man. 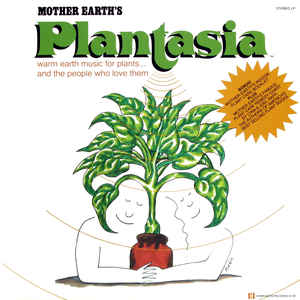 But how did a lucrative career as a water-based production wizard turn into a centre stage out there Moog man?

Leo, Lord of Lights, Bursts Upon The Scene

TV producers used his music for the fateful moment when Neil Armstrong made his giant leap for mankind, and we find a clue of sorts in a quote from Garson.

Like most of the experimental keyboardists who seized on the Moog Garson knew and worked with Bob Moog and occupied that inner circle with commercial access to the organ. He even brought Moog to happy tears with his compositions.

But the second clue of sorts lies in this fact: Garson’s The Zodiac: Cosmic Sounds (Elektra, 1967) stands as the first ever use of a Moog on a commercial album recorded on the West Coast. He moved from New York to San Francisco at some point during the mid-’60s. He went from Mad Men era commercial to full-on Haight-Ashbury, and that’s when (and where) the story gets weird.

Leos are all about the Fire, dramatic and volatile by turns. By this stage in his career Garson is in his early forties, and at a time and place in history when everyone creative from the early teens to the almost middle-aged start bucking the norm and following a similar path of exploration. They get esoteric and daily horoscopes become a thing (The Zodiac: Cosmic Sounds). They play about with their inner child (The Wozard of Iz). They change the face of Broadway and embrace the counterculture (Electronic Hair Pieces). They dabble in alternate religions (Black Mass Lucifer). They meditate (Ataraxia: The Unexplained). They embrace nature and talk to their plants (Plantasia). They explore their sexuality and spice up their love lives (Music for Sensuous Lovers).

And with that we get a better picture of Mort Garson – on the one hand a sensitive family man who liked to go for walks and sing nascent melodies for his wife with his watery Cancerian side, and the bold Leonine chap who seemed to rather like living in California with a bit of incense on the go. He was a barometer of the times and a jolly creative and prolific one at that.