It’s 5AM in New York – the Lower East Side to be precise.

Like most New Yorkers you’re tired, anxious, a little caustic in tone. There never seems to be enough time to get anything done, and on top of that, you feel as if you’ve only had about an hour’s sleep on which to function. You used to paint, in fact, you were pretty good at it, but then marriage and motherhood took over, and now you clean and cook and get your son off to school, and those canvasses lay in the background unused, untouched, unknown. 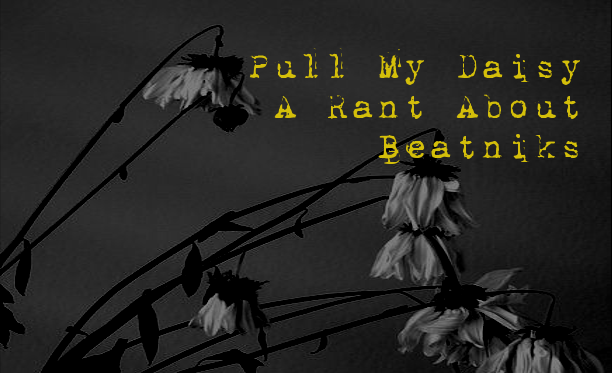 All you want to do is paint, and sleep, and paint some more, but someone has to be the adult around here, and your husband’s damn Beatnik friends keep coming over and drinking wine at all hours, and they just will not shut up.

When Robert Frank made his short film Pull My Daisy in 1959, he based it on Jack Kerouac’s abandoned third act for his play The Beat Generation, which in turn was about Neal Cassady and his then-wife Carolyn.

Neal Cassady, the hero of On the Road, the driver of the Merry Prankster’s bus Furthur, the Beatnik to end all Beatniks, was probably the worst husband on the face of the planet. As an icon he was a legend, as a general human being, he was an arse. 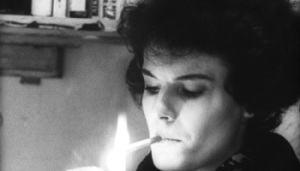 And what was supposed to be a fun little movie based on a fun little story about poets and spontaneity and anti-establishment hijinks and whatnot, simply comes across as a bunch of adult men who should probably know better acting out and playing up while the wife (unnamed in the credits, you’ll note) tries to keep her act together and cleans up after everybody.

“She’ll get over it,” says Kerouac in the voiceover, but most of the women who were around at that time never did.

The second wave of feminism was just around the corner don’t forget, and the women of the 1950s had a lot to be angry about.

Ask anyone to name five famous Beat Generation writers and artists and they’ll reel off Kerouac, and Allen Ginsberg, and Gregory Corso (both in this film), and Peter Orlofsky (also in Pull My Daisy), and Neal Cassady, and Lawrence Ferlinghetti, and more.

But they struggle to name a single female artist. And here it is in grainy black and white on the screen – the movie stars Alice Neal, Sally Gross, and Delphine Seyrig. None of their characters have names. In real life:

But Kerouac and Ginsberg and Corso and all went on to be the stuff of counterculture legend, and the women remained in the background, forever cleaning up the mess and looking after the children, and staring at unpainted canvases and unwritten novels and unknown legacies. 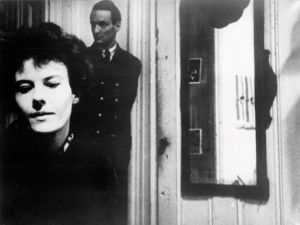 There are books now that talk about them and celebrate them and put them back in the spotlight where they belong – Ronna C. Johnson and Nancy Grace’s Girls Who Wore Black: Women Writing the Beat Generation, and Brenda Knight’s Women of the Beat Generation: The Writers, Artists, and Muses at the Heart of a Revolution for example – but 1959 was an awfully long time ago and all this short little film with its cool jazz soundtrack and its artistic black and white footage and its name-checking in the credits of the Beatniks who wore the trousers does is make me angry.

2 thoughts on ““Pull My Daisy” – A Rant About Beatniks”