(What Did I Just Watch is a regular feature in every issue where we review movies that astound and confound us.)

Before I watched any B-movie whether sci-fi, horror, or counterculture, and before I made any sort of serious commitment in my devotion I bought a copy of The Golden Turkey Awards by the Medved Brothers. 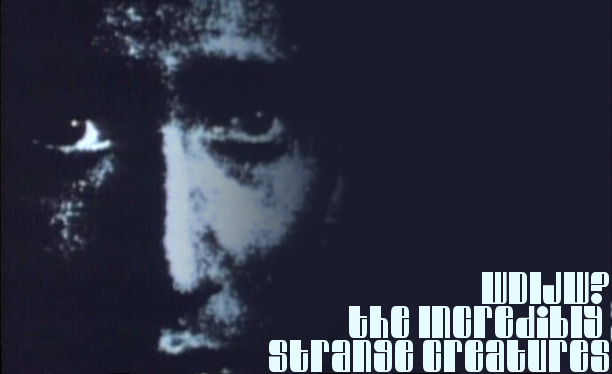 My fascination and adoration grew with each turn of the page but a handful of auteurs leapt out for me. Ray Dennis Steckler was one of the fingers on that trembling hand.

Ray Dennis Steckler: writer, actor, producer, director. He may not reside in that pantheon of legendary bad movie directors – Ed Wood Jr holds the worst director crown, William Beaudine nabs the one shot prize, and Herschell Gordon Lewis takes the biscuit as the king of gore and bad taste. But Steckler remains the true wild card, an outsider artist among outsider artists.

He was born on 25th January 1938 in Pennsylvania and started making films at 15 on a 16mm camera that his grandfather gave him. He practised photography during a short stint in the army, served in Korea, and as soon as he got his discharge hot-footed it to Hollywood and worked his way up to cinematography in the industry.

Steckler got fired in Hollywood – a lot. According to legend he knocked over one of Hitchcock’s cameras among other sins and turned his back on the A-list. So he went back to the world of the 16mm camera, assembled his friends and family and set to work producing B-movies, the most notorious of which was The Incredibly Strange Creatures Who Stopped Living and Became Mixed-Up Zombies (1964).

Now if you make a bold claim like that in your film title, you better have a masterpiece of a movie to back it all up.

I don’t know about you but for me, that constitutes a fine evening. I settled down with my popcorn and pressed play.

I interject here to state that I’ve lost count of the number of times I watched this film over the years, both as a stand-alone and as part of Mystery Science Theatre 3000. I still have no clue what this film is about. I love it, but it continues to baffle me.

We can check off strange and mixed-up from the list along with cessation of life, but the rest remains in serious doubt. Steckler (credited here as Cash Flagg, one of his many movie pseudonyms) plays Jerry, a bohemian drifter who lives in some sort of back alley tool shed with his friend Harold (the phenomenal and incomprehensible Atlas King). Along with Jerry’s girlfriend Angela (Sharon Walsh), the trio frequent the local funfair with its wonderful retro 60s rides and garish carnival style attractions. To be fair, they visit the funfair so often that you’d think the movie was called Funfair: It’s a Wild Ride! but I digress.

There’s a creepy fortune teller who throws acid in clients’ faces and keeps them in a cage out back, and somehow she hypnotises Jerry to go around stabbing people she doesn’t like, and the acid prisoners escape and kill people, and then the police kill Jerry, and you see the funfair a lot.

The film feels like this, a long and disjointed sentence with no punctuation that reels and swirls in and out of comprehension. Why does she throw acid in people’s faces? Why does she want Jerry to kill people when she could just throw acid in their faces? Why does she keep a bunch of melted people out back when she could just get Jerry to stab them? Why is Ray Dennis Steckler so fascinated by the funfair? Does he know the owner? Did he lose his virginity there? (Bruce Campbell has a theory that Sam Raimi lost his virginity in the 1973 Oldsmobile Delta 88 that appears in every single film he’s ever made which is why he’s so attached to it. It could happen.)

Are there actual zombies out back? Well… if by zombie you mean people who stumble around in bad makeup, then yes. Can we use the word incredible at any given juncture? Well… if by incredible you mean slack-jawed and confused and incredulous, then yes.

It’s incredibly strange and mixed-up that Steckler decided to shoot footage of a day out at the funfair with his chums and then figured he’d stick on some amateur dramatics about a crazy fortune teller for shits and giggles. 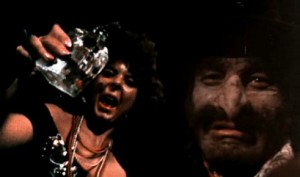 Steckler also made Rat Fink a Boo Boo and The Thrill Killers and like most of the bad movie directors did some adult work too under the pseudonym Cindy Lou Sutters, which is a whole other article.

Incredibly Strange gave us Hypnotic Hypnovision where a bunch of actors in zombie suits, Steckler among them, would run out into the audience, again primarily for shits and giggles. Incredibly, and indeed strangely, this phenomenon never caught on.

Silver linings exist, and these are the most incredibly strange of all:

Steckler died on 7th January 2009 after battling heart disease. It is not known whether he came back as a mixed-up zombie.

One thought on “WDIJW? The Incredibly Strange Creatures”