US producer Jimmy Cross scored a minor hit in 1965 with his parody of teen death records I Want My Baby Back, a grim little oddity that twists The Shangri-Las Leader of the Pack into a Frankenstein version of the genre.

Legendary UK DJ Kenny Everett picked the record up on his show in 1977 after a listener poll declared it the worst record ever made, which led to a reissue on his own The World’s Worst Record Show album the following
year.

But what on earth were these teen death records, aka Splatter Platters and what kick started the genre in the first place?

The 1950s afforded teenagers a new and unprecedented degree of freedom and particularly in the US this meant cars. And cars inevitably lead to road traffic accidents. This caused a great deal of concern across Grown Up America with lurid headlines in the newspapers after each successive crash. There were even a series of public service announcement style mini movies made to be shown in high schools warning against the dangers of fast cars and fast living.

And then in 1955 The Cheers released Black Denim Trousers, an average and fairly pedestrian platter which tells the tale of our hero crashing and burning his motorcycle. It was a blatant attempt to cash in on media hysteria, and would have failed to make any sort of dent on the wider consciousness if it weren’t for a momentous event on September 30th that same year.

James Dean had just finished filming Giant and was on his way to a drag race when he crashed his Porsche Spyder in a head-on collision and died. He was 24 years old.

When anonymous teens die in road accidents it creates a mild ripple of sympathy and consternation. When a white-hot Hollywood movie star does the same, the world implodes, and his status as a tragic idol is secured.

Suddenly there was a pop genre. After all, Dean was the poster boy for angst-ridden teens, and his life cut short and promise unfulfilled only served to fuel the public’s imagination for Romeo and Juliet style tragedy. From that moment on, teens started perishing in ever more tragic and horrible ways over the course of a three-minute ditty.

There are two distinctive camps with accidents on the one hand and suicide on the other.

It seems that no teenager was safe in any kind of transportation or summertime activity. The under twenties perished:

In Trains, Cars, and Planes

As an aside, John Leyton’s huge hit with Johnny Remember Me gives an additional twist with the ghost of his deceased teen lover haunting him. We’re never told how or why she died in this one.

And then there are the suicide songs, which pretty much all follow the Romeo and Juliet theme of teen lovers denied their chance at true love and happiness. Tear-jerkers in this category include:

And although the teen death record phenomenon is pretty weird, it has a precedent in both country and folk music with the murder ballad and the morality tale. Trad arr and theatrical ballads like Hey Joe, Stagger Lee, Mack the Knife, and The Knoxville Girl existed long before the trend and continued throughout the 50s and 60s with cover versions. Add to that new records like Delilah, Run Joey Run, and even Hasil Adkins’ No More Hot Dogs and you already have a precedent of sorts.

It’s just a small creative step to add in cars and teen romance, react to the news, and you have a new genre.

With the oil crisis in the 1970s, general recession, social unrest, and the collapse of Detroit as the car capital of the world, you’d assume that the teen splatter platter phenomenon would cease to exist after about 1969. 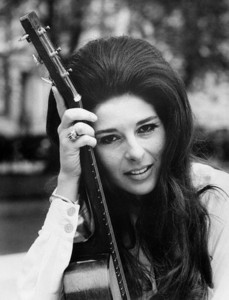 But pop fashions change and evolve and mutated genres rise up to take the place of those gone before. Bobbie Gentry’s Ode to Billie Joe (1967) won four Grammy awards, made number one in Canada and America and the top ten across the world, prompted a good dozen cover versions, and spawned a 1976 movie with the same name. Mississippi-born Gentry’s enigmatic story of a young boy’s suicide is conversational and enigmatic in tone. Countless articles and blog posts still debate the true meaning of the song, and why Billie Joe McAllister jumped off that Tallahatchie Bridge to his fate.

What Gentry managed to do, along with artists like Tony Joe White, was bring the flavour of Southern Gothic into the public consciousness. Psychedelia, rock, social changes meant that a twang no longer just sang about truck stops and good old boys and God and mama. Southern Gothic injected a darkness and a strangeness and a predilection for death, strange goings-on, and the inner monologue.

If you twin that with the legacy of artists like Hasil Adkins and Link Wray who gave birth to psychobilly with its heavier rock tone but similar themes, you can see where the teen death records were headed. The Misfits, The Cramps, Creepshow, Nick Cave and the Bad Seeds all took up the mantle and produced a combination of murder ballads, morality tales and teen death records to great success. There’s even a quintessential Romeo and Juliet style teen suicide hit with Blue Oyster Cult’s Don’t Fear the Reaper, along with Pearl Jam’s Jeremy.

We might not be obsessed with cars anymore but we still love a good lurid headline with a dose of tragedy thrown in for good measure.